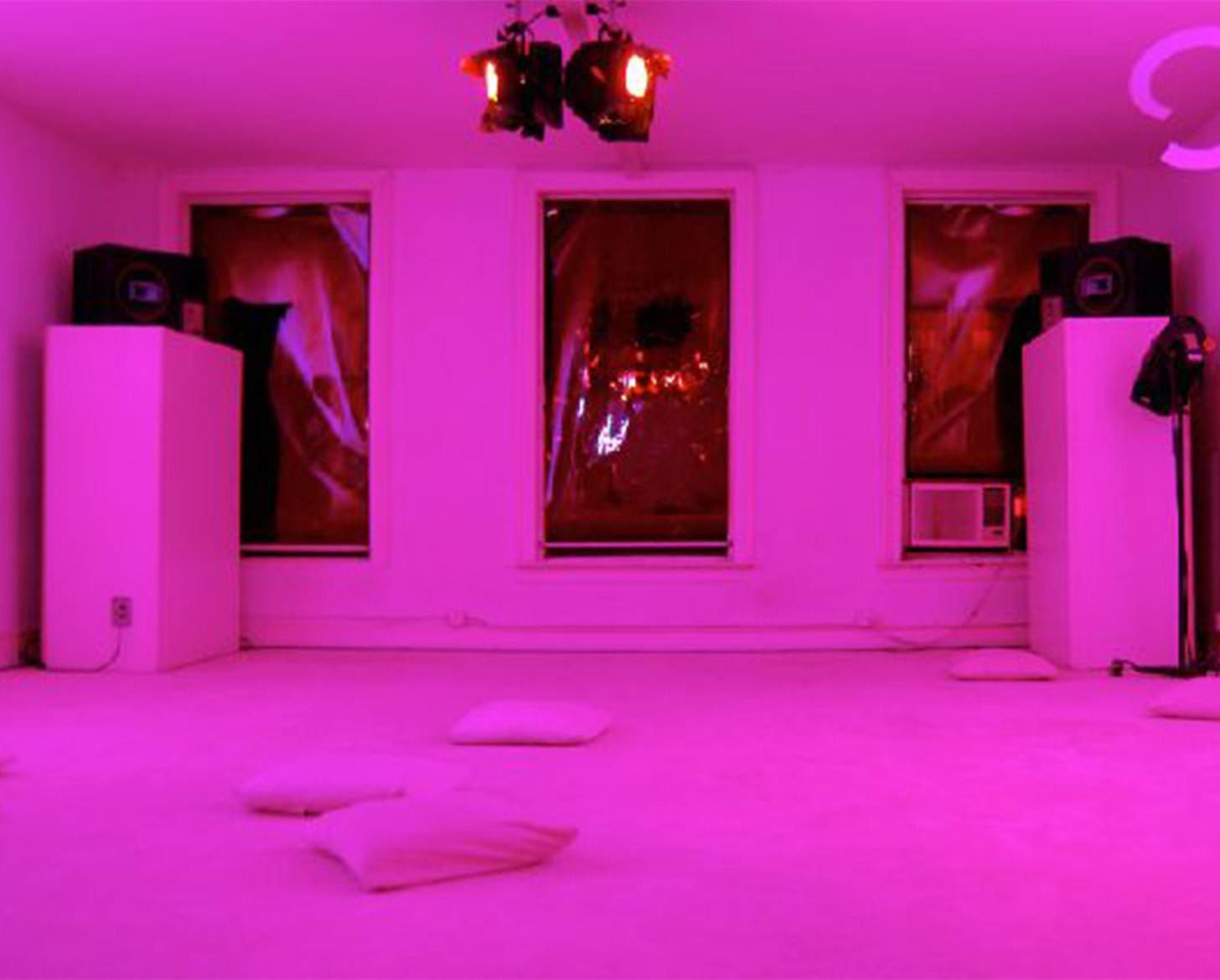 _ MOMA Press Archive, No.137/1968 _ … Since 1962 Miss Zazeela has performed as the vocalist with The Theatre of Eternal Music and has provided the stage sets, costumes, and lighting. For the last three years, she has been creating light concerts with Mr. Young using slides of her own design projected directly on the performing musicians …

The projections form part of a series of light works designed for live performance on
three or more slide projectors. The series contains numerous black and white negative
and positive photographs of modular sections of several closely related designs.
Each slide mount holds a photograph and a combination of colored gels. These design
and color elements are combined into interlocking groups whose sequence, duration of
appearance, and manipulation within the parameters made available by the functions
of the machines are determined during the actual performance.

The symmetry of the designs and the repetitiveness of the patterns concerns centering
and concentration. Movement is deliberate and takes place slowly in time. Performance
usually accompanies La Monte’s music, and the changes reflect the mood and flow of
the sound. … GO TO SOURCE

This website uses cookies to improve your experience while you navigate through the website. Out of these, the cookies that are categorized as necessary are stored on your browser as they are essential for the working of basic functionalities of the website. We also use third-party cookies that help us analyze and understand how you use this website. These cookies will be stored in your browser only with your consent. You also have the option to opt-out of these cookies. But opting out of some of these cookies may affect your browsing experience.
Necessary Always Enabled
Necessary cookies are absolutely essential for the website to function properly. This category only includes cookies that ensures basic functionalities and security features of the website. These cookies do not store any personal information.
Non-necessary
Any cookies that may not be particularly necessary for the website to function and is used specifically to collect user personal data via analytics, ads, other embedded contents are termed as non-necessary cookies. It is mandatory to procure user consent prior to running these cookies on your website.
SAVE & ACCEPT
error: Content is protected !!